found in the rainforests of central South America. They require forests with diverse species of plant life to supply their dietary needs. Much of their habitat is in danger due to destruction of forest by man. The male is much bigger than the female and their color is different. The male has black hair- which gives the species its name. Female monkeys are golden- brown colored. Infants are born golden- brown and change their color as they mature. Alouatta caraya have strong and long tails. These tails are hairless on the underside and are sensitive and act as a 5th hand. Most howler monkeys live in family groups of 5 to 8 but groups up to 19 individuals have been observed. Males and females take care of their own infant but also help with other infants of the group. Young males are not allowed to take care of infants since they often mistreat and even kill them. All members of the group howl each morning to notify neighboring groups of their position and maintain distance from one another. Alouatta caraya eat mostly leaves but their diet consists also of fruit, buds and flowers. They rarely come down from the trees only in dry times they will come down to drink water in lakes. 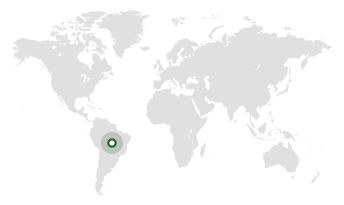 back to "what is on the zoo"

you may be instrested in: